Unilever and Oxfam: Understanding the Impacts of Business on Poverty (A)

In 2003, Unilever and Oxfam embarked on a groundbreaking “learning project” designed to better understand the impacts of business on poverty. Developing countries were seen as an essential component of Unilever’s corporate strategy, with developing and emerging markets forecast to account for 90% of the world’s population by 2010. Unilever had long been present in many of these markets and was increasingly aware that its future growth would depend upon its ability to address issues of social and economic development in developing countries, including poverty. Oxfam, one of the world’s most prominent nongovernmental organisations (NGOs), was focused in its campaigning and other activities on the alleviation of poverty. Thus, despite the often adversarial relationship between corporations and NGOs, the two organisations shared a common interest which formed the basis for their collaboration. The goal was to examine the role of business in poverty reduction, specifically by studying Unilever’s operations in Indonesia. Case A describes how this collaboration came about and provides background on Unilever, Unilever Indonesia (UI), and Oxfam, including its campaigns against the pharmaceutical and coffee industries. It also examines the role of NGOs, the challenge of tackling poverty in developing countries, the Millennium Development Goals, and the UN Global Compact. The case ithe difficulties inherent in better understanding the role of MNCs in poverty alleviation as well as in forging effective collaboration between corporations and NGOs.

1. To examine the role of MNCs in poverty alleviation in developing countries and its implications for corporate social responsibility (CSR) asking, specifically: how much is enough? What are the limits of CSR? 2. To explore stakeholder engagement in the form of corporate?NGO cooperation and, more specifically, the scope and mechanisms for effective collaboration between corporations and NGOs. 3. To consider the implications of CSR for corporate strategy and marketing practices in the particular context of corporations operating in developing countries.

Unilever and Oxfam: Understanding the Impacts of Business on Poverty (B) 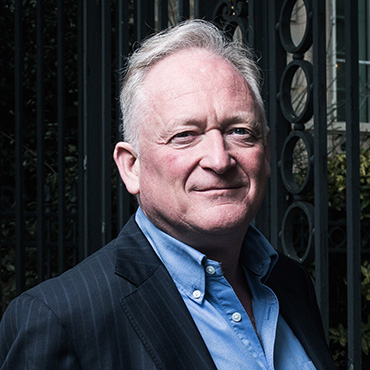 Since its inception in 2015, the 2030 Agenda for the UN Sustainable Development Goals (SDG) has provided a blueprint for shared prosperity in a sustainable world — a world where all people live productive, vibrant, and peaceful lives on a healthy planet. With less than a decade to go, we need to ask if we are laying the right foundation to achieve the SDGs. How “SDG-smart” are we?
View case

By  Margaret Hanson,  Luk Van Wassenhove,  Orla Stapleton
Add to cart
Global Impact is a US registered non-profit organisation dedicated to 'assuring help for the world's most vulnerable'. Representing more than 50 of the most respected US-based global charities, including CARE, Doctors Without Borders/Medecins Sans Frontiere, and World Vision, it raises funds for its charity members in workplaces across the US and overseas.
View case