Can Creativity and Commerce Ever Be Reconciled? Raf Simons at Calvin Klein

The case study explores a conundrum at the heart of the fashion industry: how far is individual creativity compatible with corporate commercial imperatives? It follows the career of designer Raf Simons, who, after a stellar performance at Christian Dior struggled to achieve similar status at Calvin Klein. When they appointed him “chief creative officer” in 2016, the parent company clearly underestimated the roadblocks and how long it would take to transform the brand, which had become over-dependent on licensing deals and lacked stylistic coherence. He had no qualms ditching the brand’s classic codes, oblivious to the fact that it put him at odds with the parent company. Calvin Klein clung to a past that glorified the human body; Simons sought to create a less body-centric, more gender-fluid image. But to change a brand requires patience and funding. While the Belgian designer assumed he had infinite resources and time, by 2018 the board had run out of both. His foray into mainstream American fashion left many unanswered questions that are addressed by the case.

The case discusses the tension and trade-off between individual creativity and business imperatives in the culture market, and underline the importance of culture in a career transition. One of the biggest challenges facing newly hired leaders is to design and implement a long-term plan that will sustain their career in the long term. This means going beyond day-to-day activities to consider a range of strategic questions that will satisfy the expectations of the organization, and creating a transparent system of rules and procedures so that changes are communicated well in advance to all stakeholders. 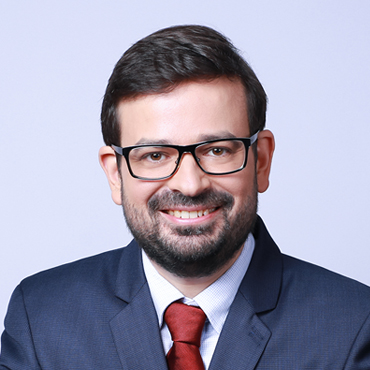 The case investigates the role of creative directors in the luxury fashion industry. When in October 2015 Raf Simons quit Christian Dior, industry observers wondered why anyone would voluntarily walk away from such an esteemed fashion house, and who would replace him. Beneath the glamorous veneer, the luxury and fashion industry puts tremendous stress on creative directors.
View case

Chalhoub Group: A Luxury Success Story in the Middle East

This case illustrates the key role played by a local distributor in the luxury goods industry in the Middle East. By partnering with the Chalhoub Group, western firms have built a competitive advantage across the six countries of the Gulf Cooperation Council (GCC).
View case

When Puneet Chhatwal took over as CEO of Taj Hotels in 2018, he faced an onerous task: improving the financials in a hyper-competitive environment marked by the arrival of foreigners such as Starwood Hotels and online entrants Airbnb and OYO.
View case