The case describes how 30-year old Freddy Macnamara (CEO) launched Cuvva, a start-up in the UK car insurance industry in 2014, which pioneered mobile-only car insurance via a pay-as-you-ride application. Initially targeted at drivers who wanted to drive someone else’s car (Cuvva for Sharers), it then developed mobile-only insurance for owners willing to buy insurance only for the rare occasions that they used their cars (Cuvva for Owners). As the Cuvva model gains traction with customers, its impact is tracked by incumbents such as Admiral, that begin developing rival products. The case chronicles Cuvva’s origins, milestones, and competitors in the UK car insurance industry up to early 2017, as well as explaining the economics of car insurance.

The case was developed for an MBA course on FinTech and the Disruption of Financial Services but has also been used with executive audiences. Cuvva, an example of “InsurTech”, is disrupting the insurance industry with a digital business model. While Cuvva for Sharers only extends the insurance market, the Cuvva for Owners product is a genuine disrupter (as defined by Clay Christensen). The case allows discussion of the economics of the (UK) car insurance industry, key success factors that create a value-creating insurer, the viability of new business models that challenge these factors, and how a specific disrupter can develop a viable, value-creating competitive position. 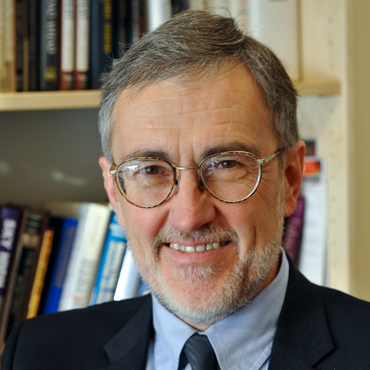 AXA and the Non-Life Insurance Industry in Europe in 2010

By  Karel Cool,  Christophe Angoulvant,  Laurent De Clara
Add to cart
The case describes the challenges of AXA in the non-life insurance industry in Europe in 2010 in the wake of the global economic crisis. It provides an overview of the non-life insurance industry, describes the new competitive landscape with the many new arrivals such as Admiral, and the challenges and opportunities created by the internet for established players and new entrants.
View case

How Insurance Works: A Window into the World of Property and Casualty Insurance in 2019

By  Ziv Carmon,  Wolfgang Ulaga,  Laura Heely
Add to cart
This industry note introduces the world of insurance and the principles on which the industry works, with a focus on property and casualty (P&C) insurance in 2019. It explains the core elements of insurers’ business models and how they make money. It describes different types of insurance companies, the key industry players, and how distribution channels are organized.
View case

Eurodollar and the European Car Rental Industry in 1989

By  Karel Cool
Add to cart
Describes the European car rental industry and patterns of competition in the eighties. The focus is on Swan National, the second largest car rental firm in the U.K., which wants to become an international player. It considers acquiring a master franchise from Dollar - Rent A Car of the U.S. to take on the major U.S. car rental firms in Europe.
View case