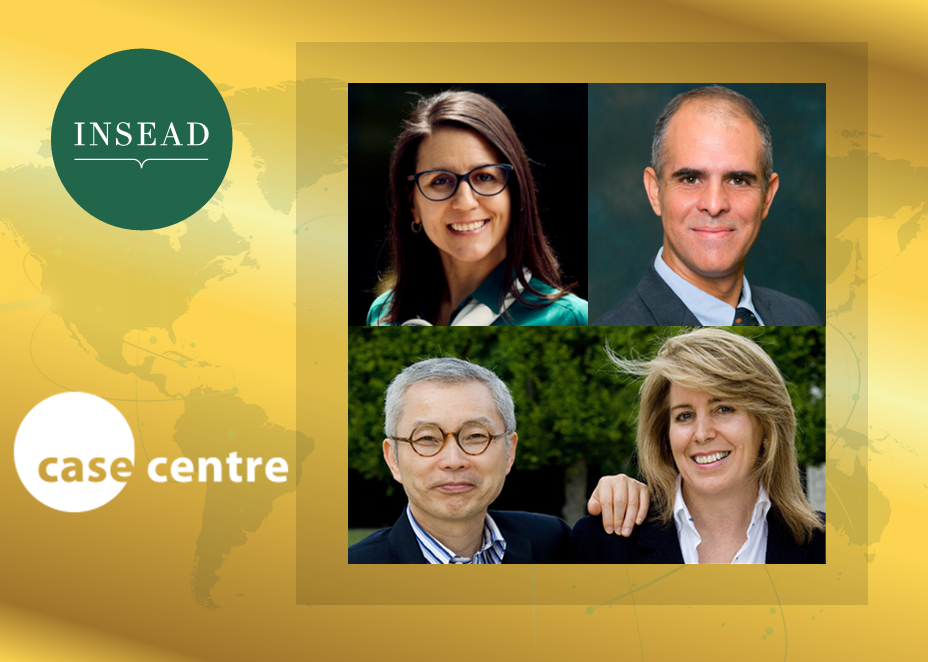 INSEAD, the business school for the world, has received the highest number of awards of any school or institution globally at The Case Centre’s Awards and Competitions 2020.

The Case Centre’s Awards and Competitions celebrate worldwide excellence in case writing and teaching at schools of business, management and government worldwide and are now considered the case method community's annual 'Oscars'. INSEAD faculty won in three categories this year including the 2020 Outstanding Case Writer: Hot Topic, which was awarded to Zoe Kinias, Associate Professor and Chair of the Organisational Behaviour Area  and Academic Director of the INSEAD Gender Initiative, for her first ever published case, Mirvac: Building Balance (A) & (B).

Horacio Falcão, Senior Affiliate Professor of Decision Sciences, won the Entrepreneurship category for his case, Boost M6700 (A) and (B): Buyer-Seller Negotiation.

“We are thrilled that our faculty have once again received great recognition for producing world-class teaching materials and cases,” said Ziv Carmon, Dean of Research at INSEAD. “INSEAD professors and writers have a proven track record of teaching excellence which they leverage to provide case studies of the highest standard. Prestigious achievements like these help INSEAD remain a world leader in business education.”

Kinias’ Mirvac: Building Balance (A) and (B) case study, co-written with Felicia A. Henderson,  Leadership Consultant at Henderson Advising, features the establishment of a bold plan to introduce flexibility into the Construction workplace as part of the implementation of the Mirvac Group’s new Diversity and Inclusion (D&I) policy. Kinias expressed her delight that a case such as Mirvac, which was so well aligned with INSEAD’s institutional value of diversity, had been acknowledged by The Case Centre.

“The topic of developing a gender inclusive work culture is critically important for business and society,” Kinias said, noting that in intervening to focus on normalising flexible arrangements for men – a topic that often marginalises women – the case study’s protoganist, Mirvac CEO Susan Lloyd-Hurwitz, had demonstrated leadership that was both effective and powerful.

“The diversity space often focuses on problems, and the Mirvac case is refreshing in that it provides an opportunity to explore a solution – to understand how and why it worked. This provides us hope for progress in developing positive change,” she said.

Horacio Falcao’s winning case study, Boost M6700 (A): Buyer Seller Negotiation, is a role play format where students assume a business character in an interaction negotiation involving sales and procurement of IT equipment. Co- authored with Kriti Jain, Assistant Professor in Organisational Behaviour and Human Resources at IE Business School, and Heather Grover, Negotiation and Strategy Consultant, it is the second role-play case study ever to win this prestigious award.

The first, also written by Falcão, was Oxipouco: An Endangered Species Resource Negotiation which took the 2017 award in the Human Resource Management / Organisational Behaviour category.

“That a negotiation role-play case study has now been recognised in the Entrepreneurship category gives us confidence we are producing a format valued by professors of different subject matters around the world,” said Falcão.

“Role-plays are powerful pedagogical tools where students learn by doing. They need to know the theory and be able to put it in practice, as opposed to a normal business case where theories are debated but students are not faced with the intensity and the risks of the decisions themselves,” he said.

Taking a business everybody knows and loves, like Marvel, was a fun way to illustrate how long-term strategic work is often ultimately more profitable than short-term profit-taking, Kim, Mauborgne and Olenick said of their case study Marvel Way: Restoring a Blue Ocean.

“It is rewarding and an honour to learn our Marvel case has been so well received by professors, students, and executives,” they said. “It’s thrilling to see the strong response to the theme of the case - how a company’s strategy can turnaround even the most challenged business."

“Marvel executives were incredibly gracious with their time, especially former CEO Peter Cuneo and the original head of Marvel Studios, David Maisel who later told us this case is the most accurate narrative related to Marvel’s turnaround and the establishment of Marvel Studios.”

The Case Centre’s Awards are presented in nine management categories and recognise cases that have been used in the largest number of organisations across the globe in the past year. The Outstanding Case Writer competition is judged by a panel of internationally renowned case method experts. INSEAD won the highest number of accolades of any school in 2020 ahead of Harvard Business School and ICFAI University which won two each. 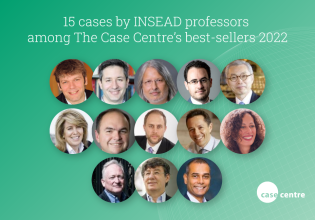 The Case Centre has revealed the list of cases that were used the most at business schools around the world in 2022. The list is based on unit sales from The Case Centre’s catalogue during the preceding calendar year and identifies the top 15 best-selling cases in each of the 10 major subject areas. This year, INSEAD’s presence continues to grow with 15 cases by INSEAD faculty, including five new entries, featured on the list. 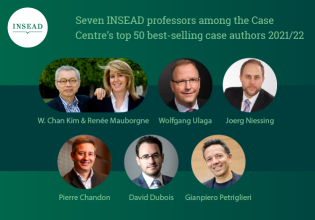 The Case Centre has released their annual list of the top 50 best-selling case authors for the 2021/2022 academic year. For the second consecutive year, seven INSEAD professors are listed in the Case Centre’s ranking, maintaining the same level of excellence we achieved in 2021. This ranking is based on volume of sales from the preceding academic year, highlighting the enduring strength of their case work. 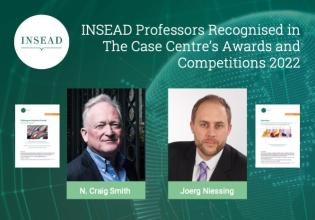 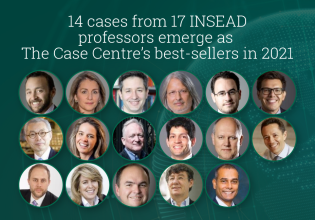 The Case Centre has revealed the most popular cases in 2021 – those which were used the most at business schools around the world – listing the top 15 best-sellers in each of the 10 major subject areas. This year, 14 INSEAD cases are included, four more than in 2020. The four cases that join the list for the first time are: 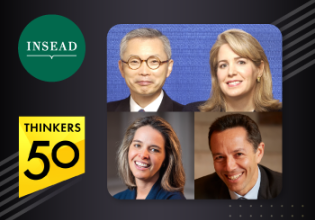 INSEAD, the business school for the world, announced today that four of its faculty members have been ranked in the world’s top 50 most influential management thinkers by Thinkers50. The biennial ranking is widely regarded as the “Oscars of Management Thinking” and recognises thought leaders for their achievements in business and academia. 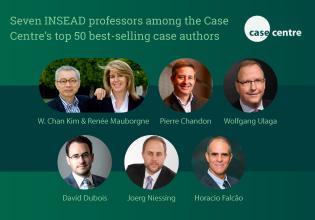 Seven INSEAD professors are ranked in The Case Centre’s top 50 best-selling case authors of 2020/2021. The ranking is based on volume of sales from the preceding academic year, highlighting the enduring strength of their case work.