On 15 May 2001, the first Apple retail store was opened to the public at Tysons Corner, Virginia, and the same day a second store was opened in Glendale, California. With retail branded experiences virtually unknown in the industry at the time, the decision to launch the Apple retail programme was greeted with scepticism. However, within the first week they welcomed 7,700 visitors, with sales of almost $600,000 – testimony to its undoubtable success – and went on to roll out another 24 stores. Fifteen years on, there are over 450 Apple stores globally, with higher sales per square foot – $5009 – than any other retail location in the United States. Even today, people still wonder what made them so successful and how it can be replicated. Having successfully designed a brand-defining experience for Apple retail that created immense value, Eight Inc. had to decide how this level of success could be replicated for other potential clients. The case describes the relationship between Apple and Eight Inc., who were initially hired by Apple co-founder Steve Jobs to work on first the MacWorld tradeshows. It traces the steps in the process, from establishing the case to each minute detail in the design process. The case describes how the team built not just a store but a breakthrough branded customer experience.

1. To introduce and analyse a framework to design branded experiences. The case shows how designing a (retail) branded experience is different from designing a space or designing a service, and supersedes the latter. It also shows the business value that can be created through branded experiences. 2. The role of brand values in guiding the design principles for all the elements that contribute to the user experience. Understanding what those brand values are and how they are perceived by the target user is crucial in the design process. 3. A branded experience is the engagement of the user with the brand through the products/services, communication messages, the staff (and other users) behaviours, and the physical (and digital) space. The management of the experience design process requires an approach that combines modular and integrative principles. While the design of products/services, communication, behaviours and space are typically done separately by different disciplines, the integration of all these elements must be considered throughout the process so that they combine to create a holistic experience. The design of the Apple retail stores was not just an example of a good experience design, it was a breakthrough in the computer, technology and retail space. This provides a rich context to discuss the key success factors behind creating an outstanding branded user experience. One was the level of deep and detailed involvement of top-level management throughout the process, critical in defining the brand values that guided the rest of the design process and enabling the team to push the boundaries. 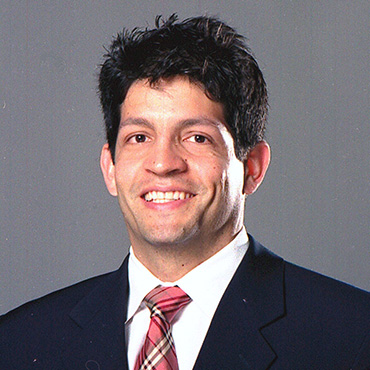 Professor of Technology and Operations Management

On 15 May 2001, the first Apple retail store was opened to the public at Tysons Corner, Virginia, and the same day a second store was opened in Glendale, California. With retail branded experiences virtually unknown in the industry at the time, the decision to launch the Apple retail programme was greeted with scepticism.
View case

Add to cart
This case allows a rich and nuanced discussion of the various leadership dimensions of Steve Jobs, CEO of Apple Computers, who was widely regarded as a visionary leader but could be harsh with people working around him. The case raises the strategic question of profit sustainability and organizational resilience. Could Apple thrive as a creative company without Jobs?
View case

Add to cart
Joyful Frog Digital incubator (JFDI) was the first seed accelerator to focus on Southeast Asia (SEA) and is a key resource for new start-ups in Singapore. It focuses on providing coaching, structure and a network to early-stage start-ups, and creating an open and welcoming ecosystem for digital innovation.
View case